Barely a kilometre from the nearest metro station, along the dusty lane of the JJ cluster in Dwarka’s Sector 14, is where the women meet to tell me how everyone — from her husband to her in-laws to the state machinery — had a part to play in Lakshmi’s death.

“She was a shy, simple girl content with living inside the four corners of her house. She barely had any friends and would be engrossed in the work around the house,” says Lajjo, Lakshmi’s aunt.

Married to Satveer in February, 2008, Lakshmi had it going smooth till the day her brother-in-law died in 2009. It was then that both Satveer and her in-laws started torturing her. One day, Satveer beat her up mercilessly, and tried to forcibly strangulate her. When Lakshmi lost consciousness, he dropped her at her house and fled. Due to a serious spinal injury, she was admitted in the hospital.

“She went to the police almost 12 times, no arrests were ever made. In the court, the judge who heard her complaint had to come down from the dias to speak to her because she could not stand properly,” says Ankita, a paralegal helping Lakshi’s family.

The protection officer deputed to her, Parmesh Tokas, did not seem to have any safety plan in place for Lakshmi. In June, 2010, in a local panchayat meeting, Satveer’s family pleaded them to send her home. Four days later, Lakshmi, who had by now recovered from, was again assaulted, and again dropped her at her parent’s home.

“This time it was so severe that the local doctors referred her to AIIMS. In AIIMS, they would not admit her without her medical papers. Satveer had the papers and he did not give it then,” says Ankita.

The Dwarka Mahila court further ordered Satveer to pay for her treatment, but he never paid. Soon after, Lakshmi died. And Satveer was never arrested, and court proceedings are still going on. 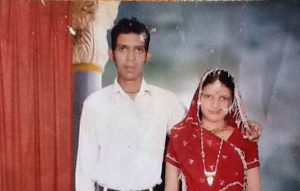 Lakshmi is not alone; in clear contravention of the Domestic Violence Act which stipulates disposal of cases within 60 days from the first date of hearing, cases under the district courts in Delhi for Legal Redressal continue to remain unaddressed for years.

“We have found that the Protection Officers (POs) are unwilling to file the Domestic Incident Reports (DIRs) on behalf of the aggrieved women directly with the magistrates. Instead they refer the survivor (women) to the Delhi Legal Services Authorities (DLSA), and this is a time consuming process,” Leena Prasad, lawyer working with Action India, and NGO working on gender-based violence.

A recent RTI that was filed by Action India has found that in not a single case under the Protection of Women against Domestic Violence Act (PWDVA) in the last nine years, was any DIR filed, as mandated by the PWDVA.

RTI information also indicates that the courts in Delhi have not sought the assistance of any welfare expert nor have the 18 Protection Officers ever prepared a single safety plan for any survivor of domestic violence.

“When the PWDVA was implemented and enforced from October 26, 2005, it was a historical day for all of us in the women’s movement because this was the victory of decades of our collective struggle,” says Leena. “We have forgotten that domestic violence is an issue that not only requires quick action, but it also needs those who are helping victims.”